Working With People With Disabilities: The Case of Andres

Andres is a 68-year-old male originally from Honduras. He is married and the father of two grown children: a daughter who is married with one child and a son who is unmarried. Andres lives with his wife in a brownstone in an upper-class urban neighborhood, and they are financially stable. He relies on Medicare for his health insurance. Andres is a retired child psychiatrist who completed medical school in Honduras and committed his career to working with Latino children and families in a major metropolitan area. Andres’ wife is a clinical psychologist who still maintains an active practice. Andres has a good relationship with his children, seeing them at least once a week for dinner, and his granddaughter is the light of his life.

Approximately 6 years ago, Andres was diagnosed with a rare brain tumor and Parkinson’s disease. Prior to his diagnosis, Andres was still on staff at a hospital, jogged daily, and had plans to travel with his wife. In a short time, Andres’ health deteriorated significantly. He now uses a cane and walker to ambulate. His speech is slow and soft. He requires assistance to get dressed and eat at times due to severe tremors and the loss of dexterity in his hands. Andres has fallen on multiple occasions and therefore cannot go out alone. He suffers from depression and anxiety and is currently on medication for these conditions. Andres spends a majority of time at home reading. He has lost contact with many of his friends and almost all of his professional colleagues.

Andres presented for treatment at an outpatient mental health setting. His daughter suggested it because she was concerned about her father’s worsening depression. Andres came into treatment stating his family thought he needed to talk to someone. He complied, but was unsure if treatment was really necessary. Andres agreed to weekly sessions and was escorted to each session by an aide who helped him at home.

While Andres had difficulty stating specific goals in the beginning, the focus of treatment became obvious to both of us early on, and we were able to agree to a treatment plan. Across multiple spheres of his life, Andres was struggling with accepting his illness and the resulting disabilities. In addition, he was extremely socially isolated despite the fact that he lived with his family and they were supportive of his medical needs. Finally, Andres’ role and identity had changed in his family and the world overall.

In a mere 6 years, Andres had lost his independence. He went from being a man who jogged every day to a man who could not carry a glass of water from one room to the next in his own home. Andres was trying valiantly to hold on to his independence. While his wife and his children were willing to provide any assistance he needed, Andres hated the idea of asking for help. As a result, he did things that compromised his balance, and he had several bad falls. In addition, Andres’ wife had assumed responsibility for all of the family’s affairs (i.e., financial, household, etc.), which had been Andres’ job before he got sick. Andres struggled as he saw his wife overwhelmed by all that she now had to take on. At the same time, he did not feel like he had the ability to reclaim any of what had been “taken” from him. Together, Andres and I identified the things he felt he was capable of doing independently and worked on how he could go about reclaiming some of the independence he had lost. We spoke about how he could communicate his needs, both for help and independence, to his family. We explored his resistance to asking for help. On many occasions Andres would say, “I was the one my children came to for help; now they have to help me. I can’t stand that.”

In addition to the struggles Andres faced in his everyday life, he also had to cope with the reality of his illness. Andres was well aware that his illness was degenerative, and with each change in his condition, this became a stronger reality. Andres frequently spoke of “a miracle cure.” He constantly researched new and experimental treatments in hopes that something new would be found. While I never attempted to strip Andres of his hope for a cure, we spent a considerable amount of effort getting Andres to accept his condition and work with what was possible now. For example, Andres had always been resistant to physical therapy (PT), but during our treatment, he began PT to work on maintaining his current balance rather than trying to cure his balance problems. Facing his illness meant facing his own mortality, and Andres knew his fate as much as he wanted to deny it. He often spoke of the things he would never experience, like his granddaughter graduating from high school and traveling through Europe with his wife.

Andres’ treatment lasted a little bit more than a year. He demonstrated significant improvement in his ability to communicate with his wife and children. Andres continued to struggle with asking for help, repeatedly putting himself in compromising situations and having several more falls. After the fact, he was able to evaluate his actions and see how he could have asked for limited assistance, but in the moment it was very difficult for him to take the active step of asking for help. Andres was also able to reconnect with an old friend who he had avoided as a result of his physical disabilities and feelings of inadequacy. We were forced to terminate when I left my position to relocate out of state.

After reviewing Zinn’s and Schweikart’s personal assumptions, beliefs, and values

GET A FREE QUOTE 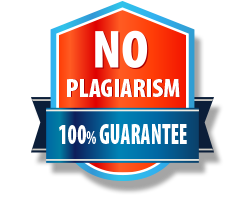